Click here to edit the Social Media Links settings. This text will not be visible on the front end.

What’s Causing Multiple Offers in Real Estate During a Pandemic? 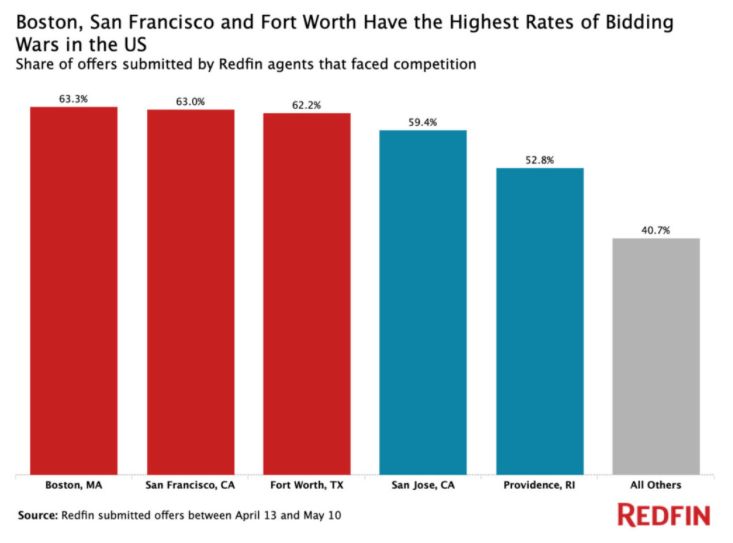 This weekend I found myself back in the Bidding War Zone.  Armed with a preapproval letter from a kick-ass lender, a “perfect” offer, and motivated buyers, I presented an offer over asking to the listing agent Things were looking good for my buyers who had been searching for six months for the perfect rural property where they could grow fruit trees, and their children could enjoy fields of grass to play.
One hour before the offer deadline,we were ambushed by buyers with deeper pockets. The property that had been sitting on the market for 22 days, was now a hot commodity.  My buyers lost the house.
You would think that during a pandemic, experiences like these would be few an far between.  But with low inventory and even lower interest rates, buyers are soldiering on, writing offer after offer to finally land a home to call their own.

How can I help you?

In my next blog post, I will explore ideas on how you can stand out in crowd during a multiple offer situation.  But in the meantime, this recent article from Realtor Magazine explains that this is not just an Oregon phenomenon.  It’s happening all over the country.  Questions? Feel free to email me at sgoddyn@windermere.com  or call me at 503 830-8516.

The tight supply of homes for sale is prompting competition among buyers in some markets. The real estate brokerage Redfin reported that 41% of its agents’ offers faced a bidding war in late April and early May amid the COVID-19 pandemic. In some markets, the bidding war rate was above 60%, the brokerage reported.

“Demand for homes has picked back up after hitting rock bottom in April, and that uptick paired with a lack of supply is a recipe for bidding wars,” says Taylor Marr, Redfin’s lead economist. “Home buyers are getting back out there, searching for more space as they realize using their home as an office and school may become the norm. But sellers are still holding off on listing their homes, partially due to economic uncertainty and concerns of health risks. In some hot neighborhoods, there may only be one or two homes for sale, with multiple home buyers vying for them.”

Redfin reported that Boston had the highest rate of bidding wars in the four weeks ending May 10. In Boston, agents reported 63.3% of their offers written had competition from other buyers. San Francisco and Fort Worth, Texas, followed with bidding war rates at 63% and 62.2%, respectively.

Crystal Zschirnt, a Redfin real estate professional in Fort Worth, says that during the first week of May one of her clients made an offer on a house that had 17 total offers. “The fierce competition is due to low inventory,” Zschirnt says.

Source:
“41% of Redfin Offers Faced Bidding Wars in Late April, Early May Amid Coronavirus Pandemic,” Redfin (May 20, 2020)
Related Articles
Northeast Portland Life begins at Heartsong House Imagine for a moment, summers past.  Squealing kindergarteners running through sprinklers.  Bulldogs snoring in the shade of tall trees.  Pitchers and pitchers of lemonade and bottles and bottles of wine being poured to neighbors passing by as the temperature starts to fall and the day’s work is done.  Porch and patio sitting with girlfriends.  The […]
The Homestead Neighborhood The Homestead Neighborhood is Perfect for Mt. Hood Views I recently listed this property in the Homestead Neighborhood.  Just minutes to OHSU and hiking trails, perhaps the best thing about this neighborhood are the drop-dead gorgeous views of Mt. Hood and the Willamette River.  While this home received a full-price offer in less than 24 hours, there are other homes in Homestead that may […]

Thank you for your inquiry.